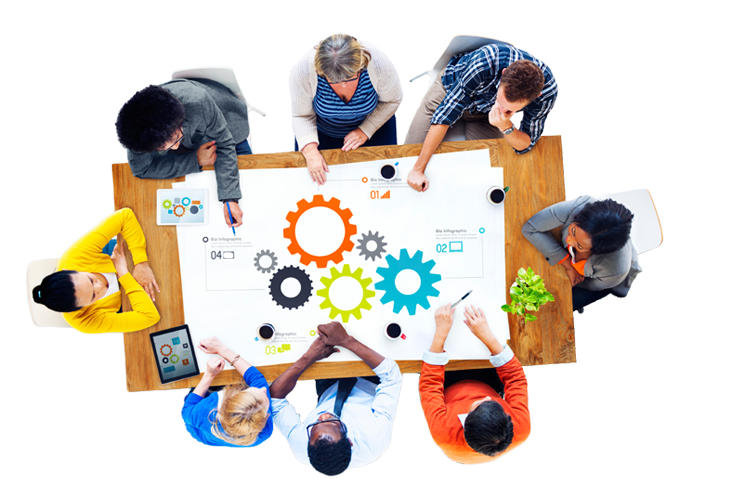 But Microsoft has been unfailingly persistent – they continue to improve their products all the time, on multiple levels as a result, now we can talk about the established infrastructure of document collaboration offered by Microsoft. It has two classes of software:

All this splendor probably does not make Microsoft quite the «Google Docs killer» of so much repute among tech-journalists, but provides a good alternative to the consumer. This is especially true of corporate customers who, already have the MS infrastructure (AD, Exchange, Skype for Business), and those who need, for security-purposes, to store all or part of their information locally. For such customers, new opportunities to work with documents from Microsoft look particularly attractive.

As a result, we thought that we should inform our prospective clients and the general public about these developments, and how to install and configure all this stuff. We’ll also try to get to a comparison with alternative services. Not everybody has time for such a long read, so we’ve decided to split this post into several articles. This is the first one. Here, we’ll go through the MS features in each of the Microsoft products that enable document co-editing: Office Online, MS Office for desktop and also for mobile devices. It is at this point that we warn you – there will be a lot of attention to the finer points of this, so an impatient reader can go directly to «conclusions» at the end of the post. For everybody else, fasten your seat-belts!

Office Online Server is quite an interesting application, not yet well known to everyone. Firstly, it allows users to reduce the number of licenses and MS Office installations. Secondly, it enables more ways to access and edit documents – in a nutshell, you only need a browser. Thirdly, it features the best suite of Microsoft collaboration tools to date. Let’s take a closer look.

Editing of the document in Office Online can be done by multiple users at the same time, with the changes and the username corresponding to each edit appearing instantly to the other co-authors. Users can simultaneously edit the same section of text, even in one paragraph.

In Excel Online, changes in the cell will be displayed to the other co-authors only after an author moves to the next cell. In the meantime, this cell remains active and can be changed by multiple users. PowerPoint Online allows you to work simultaneously on one slide, but it is better to work on different elements, otherwise users will not see each other’s real time changes. Working with documents through Office Online is a pleasant experience, except when it comes to significant changes to the formatting. If you want to insert a chart, smart art, table of contents, macros, format tables, use a formula, etc. then you have to use the desktop version of the software. We could write a separate article about the difference between desktop and online functionality. Here, we will review the differences related to the co-authored work.

In this application, it is not possible for two different people to edit the same paragraph of text simultaneously.

The changes will be visible to the other co-authors only after the author saves them and other users update the document.

Save and update is integrated into the Save icon  (Ctrl + S)

. Available updates are displayed in an icon next to the author’s name.

In Excel, simultaneous editing of the same document is not possible. Two options are possible – use the online version,

or get in line. On the contrary, in PowerPoint, simultaneous co-editing is possible. Co-editors can see that someone else is working on a presentation through the «Share» panel. Available updates are signaled by the inconspicuous ‘Updates Available» status. The status appears only after the author saves changes, while the changes themselves appear after a document has been updated using the Save icon (Ctrl + S). When working on Android, a paragraph or element on which you are working is not blocked, and two co-editors can simultaneously work with it – edits are publicly displayed a very short time later. The fact that someone else is working on the same element, can be seen in the «Share» menu. In the case of the IPhone with changes in the message about the updates to the proposal Apply / Cancel. It would be interesting to test more on Windows Phone with Windows 10.

Real time collaboration in Excel App is not supported. In general, co-editing tools from Microsoft can be considered functional, although different components implement it differently. The process of co-editing is best implemented in Office Online as it represents real co-working. You can add a feature which displays the names of simultaneous co-editors of documents (moving across your screen). But, unfortunately, for full editing functionality you’d still have to resort to the desktop version of the program, which still needs a “save” button. In addition, the process of working together is not made so user-friendly (Excel suffers most, where things remain all at check-in and check-out level).

In the next post, we’ll show you how to deploy on-premise components for co-authoring and sharing within an enterprise infrastructure. SharePoint 2016 Farm, Office Online Server, the publication — that will all be discussed. Stay tuned.

We offer IT support services include SharePoint server maintenance. Please, feel free to contact us today and speak with one of our specialists.

Question to our specialist